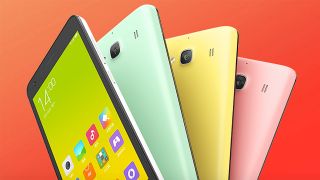 Xiaomi is a force to be reckoned with, a phone maker that can no longer be thought of as a Chinese curiosity: not only did it sell 61 million phones in 2014, its new Redmi 2 could be one of the best budget phones yet.

Most of Xiaomi's phones don't make it too far out of native China, but the company still managed to sell 61 million phones in 2014, making it the world's third biggest smartphone maker.

The latest addition to its library is the just-announced Xiaomi Redmi 2, a phone set to sell for under $150 (£98) and one that seems to patch-up all the missing bits of the budget star Moto G.

Xiaomi is to start branching out into other countries in 2015, but it's likely US and UK buyers will need to import to get hold of this promising budget mobile.

While Xiaomi hasn't told us exactly where it is to expand into during US, there are suggestions it may be in countries like Mexico and Russia rather than our home turf.

With the company's growth being really quite stratospheric, it can't be too long until we get in on the action too. In 2013, the company sold 18.7 million phones, less than a third of what it managed in 2014.