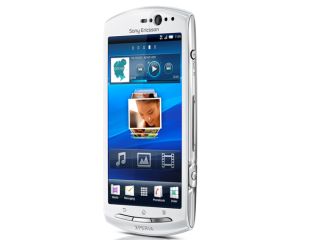 Xperia Neo V - seen it all before

Sony Ericsson has unveiled the Xperia Neo V ahead of IFA 2011, following its moderately successful Xperia Neo handset that was released early this year.

There's not much to report on the Neo V front; it's largely the same handset as the original Neo - same dimensions, same weight, same display, same innards.

The one major change that we can see is that the Neo V comes rocking a 5MP camera, a step down from the 8MP affair that the older handset boasts.

Considering the "photographic punch" was one of the things we praised in our Sony Ericsson Xperia Neo review, chopping this down may not have been Sony Ericsson's wisest ever move.

It will be the first Xperia handset to ship with Android 2.3.4, the 3D-friendly software update that Sony Ericsson also announced today with a few Facebook updates and the ability to take screenshots.

Unlike its predecessor, you'll be able to pick up the Neo V in a white chassis. Wow. Times they are a changin'.

The Sony Ericsson Xperia Neo V UK release date is scheduled for some time in Q4 (Oct-Dec), with pricing expected to be slightly lower than that of the original Neo, so around the £20 per month mark.

It's not abundantly clear why Sony Ericsson has bothered releasing a very slightly cut down edition of the perfectly adequate Xperia Neo; we've asked the company what the deal is, we'll let you know if and when we hear back.