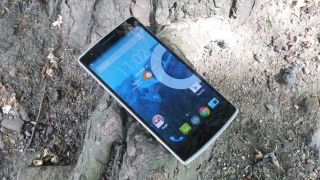 OnePlus Two plus one more... equals a bonus wearable

So far, OnePlus has a single handset to its name, but it's already made quite a stir, combining high specs with a fairly low price tag to form the OnePlus One.

We're expecting the OnePlus Two to arrive this year and hopefully impress just as much, but that's not the only thing OnePlus has got planned, as in an interview with PC World, Carl Pei, the co-founder and Global Director of OnePlus, revealed that another handset is also in the works.

"I think it's going to be a phone catering to a different type of audience. Perhaps for those who appreciate design over specs" Pei said, referring to the second device. Sadly that's all we know about it so far, but last month we caught sight of what might be a 5.0-inch OnePlus One Mini, so it could be that.

Though the design appeared similar to the OnePlus One, which wouldn't fit with talk of putting design ahead of specs.

No money in tablets

In a separate interview with Android Headlines, Pei revealed that OnePlus has no plans to build a tablet, claiming that "no-one's really making money on tablets," though he implies that the company has prototyped some wearables, but says that the company hasn't "decided on what we are going to make next" so don't hold your breath.

As for the OnePlus Two, he reconfirms that it should arrive in the second or third quarter of 2015 and goes on to say that it will "surprise people." It's anyone's guess what the surprise will be, but we can't wait to find out.