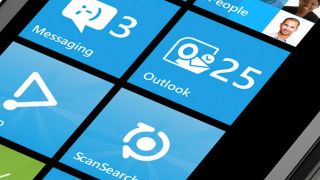 Mobile hardware is like potato chips, Microsoft can't do just one

Microsoft's rumored Surface phone has, for lack of a better word, resurfaced with word that Foxconn is manufacturing the device.

According to a Digitimes report, Foxconn International Holdings, a subsidiary of Foxconn Electronics, received orders from Microsoft for a handsets with a proposed launch of mid-2013.

The report follows rumors last week from Chinese site IT Home, which cited anonymous sources claiming a Microsoft smartphone to already be in production at Foxconn.

Earlier this month, reports indicated that Microsoft was testing its own brand handset with various suppliers in Asia, presumably looking for a manufacturing partner.

The rumors are piling up

Sources also speculated that the smartphone will have a display size between 4- to 5- inches and of course run on Windows Phone 8 for its OS.

After Microsoft jumped into the mobile hardware ring with its Surface tablet, many analysts believed that a Surface phone would be next.

Potential competitor Nokia even welcomed the idea to encourage competition for a strong Windows Phone ecosystem, though that tune may change should the rumors prove to be true.

The Digitimes report also brought another company into play, adding that Amazon has also picked Foxconn to manufacture its own smartphone.

The Kindle maker has so far stuck to tablets for its mobile devices, but rumors have been circulating all year that a smartphone makes sense as the company's next step.

In September, Amazon CEO Jeff Bezos noted that the company has some new devices in the works for next year, which rekindled Amazon smartphone rumors.

Between the rumored Surface phone for Windows Phone 8 and the Amazon handset (expected to run on Android), it seems that next year will see two industry giants make smartphone debuts.

If the mid-2013 launch timeframe is true, then they could arrive just in time to go toe-to-toe with the iPhone 5S, or possibly iPhone 7 at the rate Apple goes through iterations.

Via Digitimes, IT Home