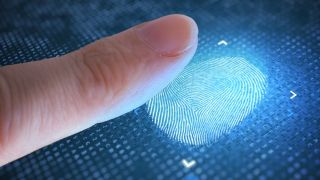 Biometric security, which Google introduced with Android 10, is now coming to Google Pay. As of version 2.100 of the app, it is possible to use either facial or fingerprint recognition to authentic transactions in the app.

Previously, the only authentication option was PIN entry, but as Android Police reports, now a fingerprint or a face scan does the job quickly and easily – and more securely. PINs and passwords may be a fairly traditional means of secure accounts and confirming activity, but they are also guessable and crackable. Fingerprint and facial recognition are rather more secure, and decidedly more user-friendly.

For now, biometric authentication is only available in Android 10 on devices such as the Google Pixel 4, but Google plans to bring the same option to Google Pay in Android 9. It is not clear at the moment whether users of older versions of the operating system will also be given access to the feature.

For now, biometric authentication only applies to the sending of money from within the app; it can't be used to authenticate NFC payments in stores.

How to activate biometric authentication

As we mentioned, for now the option is only available in Android 10, but you also need to be running the correct version of Google Pay. Specifically you'll need Google Pay 2.100 (or later), which you can grab from the Play Store, or from APK Mirror if you don't feel like waiting for it to roll out.

To activate the feature, simply head to the 'Sending money' settings section and enable 'Use biometrics instead'.

It's a feature with great potential, and we look forward to seeing it for other versions of Android in the near future.