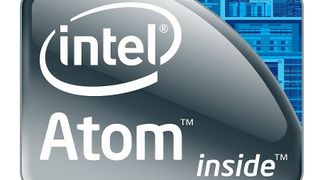 Intel inside a mobile device near you soon.

Intel will see its processor house in 1 in 10 mobile devices by 2015, as it slowly claws into ARM's market.

Intel is the new kid on the block when it comes to mobile processors, with British firm ARM Holdings all but dominating the market at the current time.

However Intel is determined to produce mobile processors which are so good that Apple won't be able to resist using them in its iPhone and iPad ranges.

According to ARM CEO Warren East, Intel will break into the market and predicts a healthy growth for its rival.

Speaking to Dow Jones, East reckoned Intel would claim 5% to 10% of the smartphone market by 2015 – which would be an impressive gain in just two and half years.

The Santa Clara-based firm is expected to launch itself into the mobile devices market later this year, with a range of smartphone and tablet offerings, including the Android-based Lenovo K800 handset.

Intel certainly has a big job on its hands convincing manufactures to switch to its chips, but its pedigree in the PC and laptop sectors could well help drive it forward.

From Dow Jones via InToMobile