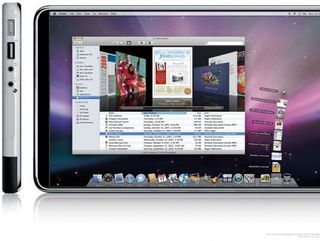 The tablet is likely to have a delayed UK launch

The invites went out earlier this week for a San Francisco Apple event, but the lack of a mirror event in the UK surely proves one thing: we won't be seeing the iSlate in the UK anything like as soon as they will the other side of the Atlantic.

Usually when Steve Jobs takes the stage in San Francisco, there's a simulcast for UK journos in some semi-swanky London venue where Apple follows up the broadcast with a touch-and-try sesh.

However, no such invite has been forthcoming and since Apple itself has confirmed to TechRadar that no event is taking place, we can only assume that we'll be behind the US on this one.

And it would appear it'll be the lack of UK-specific deals that will harpoon an early-2010 UK launch of the super-multi-touch tablet.

Just like the iPhone where Apple had yet to talk to providers apart from the US-based Cingular (now AT&T), the tablet looks set to be in a similar situation. The Guardian claims that Apple has only just begun looking for a telco partner in the UK, meaning that any UK launch is bound to be delayed.

What's more, rumoured content deals with names such as Harper Collins and Conde Nast will probably be US-only from the off. Deals such as these will form a key part of the device's raison-d'etre, aiming squarely at the bourgeoning eBook market and books are likely to be available via iTunes.

As the tablet will certainly also build on the success of the iPod and iPhone as a larger-screened touch gaming device, it'll also require a re-tooling of services like the App Store. While this may be possible for the US App Store to begin with, rolling it out elsewhere will probably be a gradual process.

So when will it arrive in the UK? We're speculating here, but while we'll certainly see it in time for the Christmas spendathon, we might not end up seeing it too far in advance of that date.