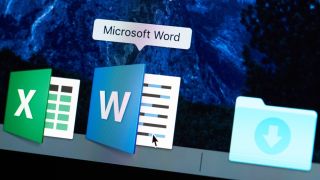 Microsoft Word has been downloaded and installed more than one billion times on Google Play, joining a very small club of non-Google or Facebook-owned apps that have hit that target.

What makes this feat even more incredible is that Google Docs (and the rest of Google Suite) is already installed on default on every single Android device (that’s about two billion active users).

Strategic alliances (e.g. with Samsung and Huawei) means that Microsoft Word is already pre-installed on tens of millions of smartphones without user intervention.

This may explain why, despite being the top app in the productivity section on Google’s App Store, Outlook, another stalwart from Microsoft, has only managed to hit 100 million downloads.

Microsoft’s top grossing app on Google Play though remains cloud storage giant OneDrive with its 500 million downloads. All in all, Microsoft has published more than 80 applications on Google’s App Store, almost all of them geared towards enterprise and business audiences.

That makes us wonder how long before Microsoft launches its own version of Android with its own professional set of business apps and a curated, secure application store.