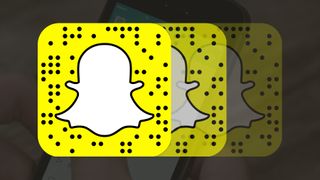 In an attempt to attract young people into its workforce, McDonald’s is integrating Snapchat into its job application process in Australia.

The ‘Snaplication’ process basically involves the applicant sending McDonald’s a 10 second video of them talking about themselves while using a new filter which places a McDonald’s employee hat and name badge over them.

After they’ve submitted their video the applicant will then be sent a link to the McDonald’s career hub where they can download an application form. Shaun Ruming, chief operating officer of McDonald’s Australia, told news.com.au that this is a “world first” example of “a Snapchat ‘lens’ that gives users the ability to apply for a job — or at least commence that process.”

The idea of commencement is key here, though. Rather than being an integral part of the job application process, it seems more that McDonald’s is using the novelty of the feature as a way to effectively recruit more young employees.

It’s not entirely clear whether or not everyone who submits an application via Snapchat will receive a link to the actual application or whether only some will after their video has been reviewed.

Ruming does say that despite the short length, the video should let them see whether or not an applicant has the “positivity” and “bubbly personality” required to be “good in a customer service role” which gives the impression that the Snaplication will have some impact.

Regardless of how good that 10 second clip is, though, Ruming said that Snapchat won’t replace the traditional hiring process.

That means an applicant will still have to fill in a form and attend a “thorough” face-to-face interview.

In some ways the addition of a Snapchat portion to the job application process simply seems like a gimmick that will draw the whole thing out more while giving McDonald’s plenty of publicity.

However, McDonald’s is the biggest youth employer in Australia and considering Snapchat has more than 4 million daily users in the country, the majority of whom are young people, this is a fairly good means of reaching them.

In some ways it may actually streamline the process – young people are already on Snapchat but they’re not on the McDonald’s job page, and this is something that’s more likely to get them there.

Whether or not it’ll have any impact on application numbers is yet to be seen but if it does it's not impossible that it could be something other companies with large numbers of young employees could adopt, or perhaps it could even extend to other McDonald’s territories.