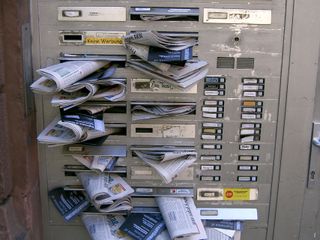 Many of us get tens, hundreds or even thousands of spam messages sent to our accounts every day

Nine out of every 20 spam emails comes into our inboxes from the US. That's what security software company Symantec is saying in its Internet Security Threat Report.

The report studied all of the junk email received by its customers in the second period of 2006 and discovered that 45 per cent of them originated in the United States.

"In the second half of 2006, around nine out of 20 spam messages were sent from the United States. This highlights that although some other countries are gaining notoriety for being spam havens, the United States is still the number one spam distributor in the world," says Nick Sullivan on the company's Security Response Blog .

"In fact, spam from the United States outnumbers spam from the second closest country, China, at a rate of seven to one. So although countries like China, Russia, and Brazil are touted as being the origin of the new wave of spam, they have a long way to go to catch up to the spam juggernaut that is the United States."

The blog entry does point out that just because emails are sent from America doesn't mean they're coming from US citizens, and added that spammers like to make use of popular free webmail accounts and ISPs in the US such as Hotmail and AOL.

In its most recent Internet Security Threat Report, Symantec has also kept track of and compiled a list of the top countries where spam zombies were detected. Not surprisingly, the United States topped this list as well, although with a much smaller lead over other countries.