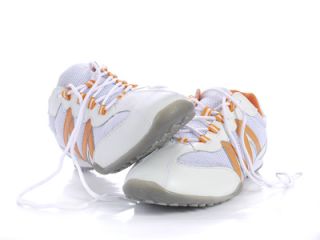 What's next for P2P - torrents of trainers?

The trailer for James Cameron's film Avatar has brought the topic of 3D film back into the mainstream media.

But another development in 3D, receiving much less attention, has potentially far greater implications in the technology sector.

3D printers combine, in all the best ways, the worlds of industrial manufacturing machines with that of the traditional desktop printer. They might not be whirring away in the home office just yet, but the technology is far from science fiction and it's maturing fast.

Search online for '3D printer' and not only are their numerous companies offering 'rapid prototyping' to the consumer, but you can even buy the hardware direct.

Granted, we are talking tens if not hundreds of thousands of pounds, and we're not sure the printers come with Windows 7 drivers just yet, but the sheer number of results is proof enough that this technology is moving rapidly forward.

Current models can create sophisticated single-material models, typically plastic or metal. The size of output varies depending on the size of the printer. Think simple toys, jewellery, and hand tools. In the near future, clothes and footwear are entirely possible.

3D printing offers exciting possibilities. Suddenly items you can draw in many 3D illustration packages can be output in rough form much more quickly than ever before.

As the technology improves, the sophistication will begin to match that of professional machine manufactured products. It is this area that presents an interesting thought, one that could have far reaching implications for the future of file sharing and copyright.

Let's take an extreme example. Nike releases the latest pair of trainers. You fire up your computer, head over to the Nike website and buy the trainers online. But the trainers aren't going to be delivered to your door via your local courier.

Instead you download a file, a blueprint if you will, describing the trainers in exact detail. Feed this file into your 3D printer and 10 minutes later your trainers are 'printed' out. Correct colours, correct materials, looking exactly the same as any pair you could buy in a shop.

We already happily purchase music and video online, but in our example we can now purchase trainers online and 'print' them through our computer.

Suddenly a whole new raft of products can become instant online purchases. 3D printers could make a range of products immediately available in a way never seen before.

Should Nike be worried?

Reducing our Nike trainers to a digital file has intriguing prospects on a number of levels.

Most significant of all could be the impact on piracy and copyright theft. Just as music and video files can be easily shared online, could the blueprint for our new trainers be hacked, cracked, and downloaded on P2P networks?

Might the Pirate Bay of the future contain whole sections dedicated to the latest clothes and footwear? Want the new Tommy Hilfiger shirt, even though its only just been unveiled on a catwalk in New York? Simple, someone will have uploaded it somewhere. Just download it and print.

As 3D printing technology progresses, what then? Will torrents appear on the web offering furniture, hardware appliances, even computer components?

Piracy is not a new phenomenon, let alone on the internet. The old adage 'if you can see it or hear it you can copy it' has proved itself time after time. The internet is simply an extremely effective medium to propagate digital piracy.

If our trainers are now available as a simple file what's to Nike facing the same situation faced by the entertainment industries?

Many people and organisations have attempted to solve the issue of online piracy. Just last week TechRadar reported on the British Government's proposals to tackle the issue by kicking file-sharers off the net.

But perhaps the copyright holders aren't appreciating just how the situation could develop.

The music industry was notoriously slow to see what was happening with its products online. What followed was years of cat and mouse with its customers.

Strict digital rights management technology was developed and imposed, and proved deeply unpopular. As it became clear people wouldn't accept DRM the industry backed away a little, and many of the big players now offer their content without any restrictions at all.

As 3D printer technology develops, and inevitably filters into the mainstream, are copyright holders prepared for the very different challenges they may face? In the meantime I'm off to download a shirt for the weekend.

Chris Wright is an Information Architect working for a digital design agency in London. He writes about a range of technology issues and is happy to hear from anyone who has successfully printed a pair of shoes.