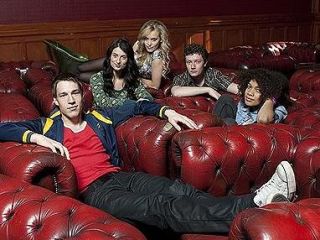 MTV UK has announced that it is to start a series of online television programmes, which will be exclusive to mtv.co.uk.

The show which kicks off MTV's web-only endeavour is Being Victor, a Scottish drama that has been broken into 20 parts and has already got a web presence.

According to MTV, the 'world' of Being Victor has been online since 5 July, in the form of blogs and the like – which shows that MTV is trying to take its online programming seriously.

Speaking about the online project, digital development producer at Shed Media, Kat Hebden, said: "Being Victor is a phenomenally exciting and ambitious project that treads new ground for drama online.

"It's so much more than just an entertainment programme as the flexibility and interactivity of the digital platforms enable us to build layers of interest around the series.

"We're delighted to have partnered with MTV UK to deliver the show. The network is truly engaged with the youth market and is the perfect brand fit for this project."

Just this week, a report in the New York Times said that web-original programmes are beginning to flourish, with advertisers starting to take notice.

Being Victor makes its web debut on 7 September.