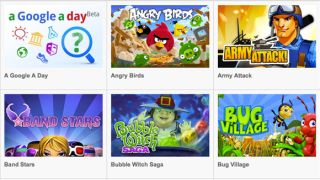 Google+ Games goes into that long good night this June

In case you haven't been paying attention to all the news coming out of Google IO, the company announced a new way to play games during its annual developer conference.

Revealed on Wednesday, Google Play game services will be made available for both Android, iOS and the web, and will serve as the foundation for Google's gaming plans through the next generation.

As the Mountain View company turns its eye towards mobile and web gaming, it will unfortunately abandon the gaming already available on its Google+ social network.

Effective June 30, all games on Google+ Games will cease to exist.

The game played on

Though Google+ Games may no longer be relevant in another six weeks, many of the developers will still run their titles on other sites.

For those of you that have some money invested in these games, Google advised reaching out to the individual developers to see what they will be doing in regards to continued support.

Some devs will carry over these unused credits to the new site, while others will require players to use any remaining credits they may have before the June 30 shut off.

Google Play game services will incorporate some Google+ functionality like leaderboards and matchmaking, but that will be the extent of the company's gaming with Google+ in the future.

You can find a list of all the developers (and the contact information) currently hosting soon-to-be discontinued games on Google+ here.