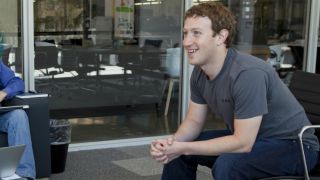 It's becoming rarer and rarer that we Like something Facebook does but it recently responded to a Princeton study that the social network will lose 80% of its users by 2017, by using the exact same data to come up with a number of interesting findings.

By using the same Google Trends search score, which were published by TechCrunch, that bravely said Facebook would have a dangerous decline they found by 2021 Princeton would have no students at all.

Oh, and this pesky air we all keep breathing, well that will run out by the year 2060.

If you like articles of dubious origin, then these blips are for you: