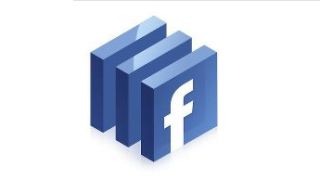 Facebook is in the midst of a small test that hooks people up to Wi-Fi hotspots for free when they check into a business through the site.

The social media giant is providing Facebook routers to local businesses in exchange for customer internet access. All customers have to do is check-in at the business to access the web.

Developer Tom Waddington first discovered the project on Thursday. He picked up a piece of code called "social_wifi" in code used to build graphs and charts in Page insights.

The explanation for the "social_wifi" entry read: "People who liked your Page after checking via Facebook Wi-Fi," leading Waddington to speculate a "Like-gated Wi-Fi product" was in the works.

The Cut Out + Keep co-founder was on the mark, as later someone at Facebook provided InsideFacebook with this explanation:

"We are currently running a small test with a few local businesses of a Wi-Fi router that is designed to offer a quick and easy way to access free Wi-Fi after checking in on Facebook.

Furthermore, some stores may even offer deals or specials when customers and soon-to-be-Wi-Fi users check-in, though that's nothing new for Facebook.