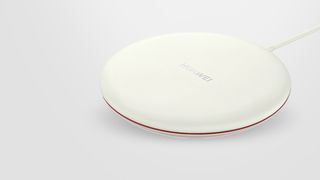 In October, Huawei announced that they will launch their latest flagship Mate 20 Pro in India. While there is no specific date announced for the release, we now know that the phone will be arriving in India in mid-November. Alongside the flagship handset, the company will also launch their wireless charger in the Indian marker.

To keep it universally compatible, the charger is based on Qi standard, and it is said to adjust the output power automatically to charge devices that support Qi wireless charging.

Some extra smarts include a Comprehensive Safety Protection, which is automatically turned off charging when it detects metallic objects. It also has a built-in chip that is capable of adjusting the output power automatically as per the ambient temperature and real-time battery percentage.

In their official statement, the company stated, "With the launch of the flagship Mate 20 Pro slated next month, wireless reverse charging is also a feature that the device is capable of, thus, enabling users to take maximum advantage of the large battery inside the device to charge other Qi-enabled devices."