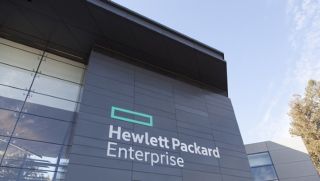 Hewlett Packard Enterprise (HPE) is warning customers to install a critical firmware patch for its Serial-Attached SCSI solid-state drives (SAS SSDs) in order to prevent them from failing after 32,768 hours of operation (3 years, 270 days and 8 hours).

The HPE Support Center warned customers of the fact that their SAS SSDs could soon fail if not updated with a firmware patch in a customer bulletin, which reads:

“This HPD8 firmware is considered a critical fix and is required to address the issue detailed below. HPE strongly recommends immediate application of this critical fix. Neglecting to update to SSD Firmware Version HPD8 will result in drive failure and data loss at 32,768 hours of operation and require restoration of data from backup in non-fault tolerance, such as RAID 0 and in fault tolerance RAID mode if more drives fail than what is supported by the fault tolerance RAID mode logical drive. By disregarding this notification and not performing the recommended resolution, the customer accepts the risk of incurring future related errors.”

HPE was warned about the bug by the manufacturer of the SSDs, though it did not name the company.

The bug affects all HPE SAS SSDs with a firmware version lower than HPD8. However, upgrading the SSD firmware to version HPD8 fixes the problem and means the drives won't fail after 32,768 hours.

Some of HPE's SAS SSD models received a patch in November while a second set of SSD models will receive a patch to fix the issue during the second week of December.

If your organization is running HPE SAS SSDs, you can find firmware download links in the official HPE advisory alongside instructions on how to correctly apply the firmware update.