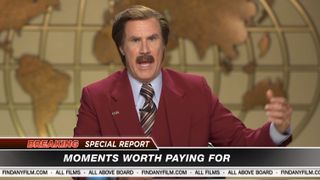 Getting stuff for free is one of the great drivers of technology, and the quest to watch movies for no cost has driven the internet to invent things like BitTorrent. Hollywood, of course, lags behind, offering us only cinemas in which to watch its films, and as a silver disc or download a bit later down the line.

But according to Variety, Hollywood's last obsession, torrents, are fading in popularity and being replaced with people streaming video instead. These Netflix-style services offer the same content as a torrent, but without the waiting for the flick to download, putting Hollywood into a tailspin.

Streaming has also been bothering sports rights holders for a while now too. While cracked Sky subscriptions are now being rendered impossible by updates to Sky's encryption techniques, people keen to watch important football matches now do so online instead.

The same is true with movies, thanks to services like Popcorn Time which converts torrents into streaming video.

In its investigation of these new services, Variety noted that streaming sites are able to make a lot of money on advertising. They have a captive audience and thus can attract money from advertisers, even if those advertisers aren't aware of where their viewers are coming from.

One problem the industry is going to have though, is YouTube, which inadvertently offers a lot of content that is copyrighted. The problem is, we've all become quite fond of being able to pop on the streaming site and catch a clip or episode of a long-forgotten TV show.

While YouTube makes it easy for rights holders to request removal, content is put online at such a rate that keeping up with it can be hard. New content is covered by Content ID, Google's blocking service, but older stuff usually isn't.

Like torrents though, Hollywood is never going to put a stop to this. Instead, perhaps it should look at improving its legitimate offering to give the public what they want.