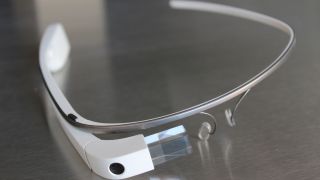 You might have thought Google Glass was dead, but in fact the company’s smart glasses have been back on the market since late 2017 – just aimed specifically at businesses. Presumably they’re doing okay too, as a new model has just emerged.

Dubbed the Google Glass Enterprise Edition 2, these smart specs have recently passed through the FCC (Federal Communications Commission) – which is something that has to happen before they go on sale in the US.

The listing, spotted by MySmartPrice, doesn’t reveal much, other than their existence and name, but it does include a sketch that, well, looks a lot like the previous generation.

Different on the inside

Still, while the design might not be changing much we would expect some changes. The original Google Glass Enterprise Edition shipped with a bigger battery, more storage, improved performance, faster Wi-Fi and more, compared to the consumer edition.

It was in short an upgrade in most ways other than the design, so the Google Glass Enterprise Edition 2 might further upgrade some of those elements.

We don’t know when the new wearable will be announced, but its presence at the FCC suggests it’s probably coming soon. Just don’t count on being able to buy it when it does unless you’re representing a business. And if you can buy it, expect to pay a lot – the previous model launched for around $1,830 / £1,400 / AU$2,310.