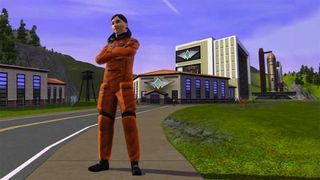 To the next 'Sims' and beyond

We are 239 days away from Jan. 1, 2014, and while that's likely not the exact release date of The Sims 4, it gives you an idea of how far we are until the game is available for purchase.

EA and Maxis announced today that, for one, the game exists, but also that it's heading to PC and Mac sometime next year. The Sims 3 was released in 2009, and we can only imagine what simulated life-controlling conundrums the Sims Studio has managed to cook up since then.

More details were promised for later today, so we'll provide an update whenever those become available.

Blip me up, Scotty!