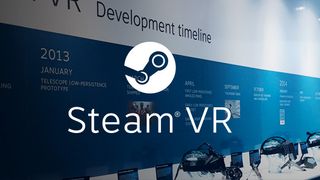 So far, the partnership includes extra tools inside the Unity development platform and a rendering plug-in that should improve performance for games created for SteamVR.

Unity is used by nearly one-third of all game makers. The partnership should help greatly expand the reach of the development tools and, more importantly, bring more titles to SteamVR.

"Valve and Unity are both dedicated to creating the highest quality VR experiences possible," said John Riccitiello, CEO of Unity. "That means giving developers every possible chance to succeed, and our collaboration with Valve is designed to do just that."