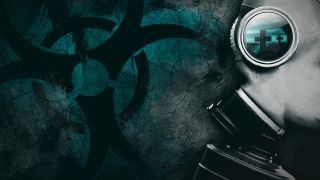 3D printing could potentially help spread weapons of mass destruction – like sarin gas – along with other cutting-edge tech such as AI, showing once again that technological progress can be a double-edged sword.

As highlighted in a report from the Middlebury Institute of International Studies, these sort of tech innovations can work in favor of ‘rogue’ states attempting to acquire chemical or nuclear weapon capabilities via stealthy routes, potentially bypassing any of the traditional watchdog systems designed to defend against such states putting together their own weapons of mass destruction.

Robert Shaw, one of the co-authors of the multi-institutional report which was also recently highlighted in Scientific American, warns that advances in technology like 3D printing are outstripping the ability of authorities to control them.

Shaw notes that “the capacity of governments to apply anything more than the most basic of export controls to manage the spread of advancing 3D printing capabilities” is being outpaced by the speed of development of this sort of technology.

An example highlighted is that currently, if a nation wishes to make sarin gas, it must obtain a particular kind of noncorrosive metal piping which is an obvious red flag as to its intention.

However, with 3D printing, the potential arises that a rogue state could have the ability to produce the necessary piping in its own backyard, unbeknownst to the watchdogs keeping an eye on the possible production of WMDs.

Before we all get too panic-stricken, however, it should be noted that these experts are also quick to point out that the potential threat from 3D printing or other tech innovations isn’t imminent.

That said, it’s a very real prospect down the line, which is why the report wants to warn in no uncertain terms that developments in the tech world should be monitored with a view to the repercussions they might have in terms of manufacturing WMDs.

The fact is that to produce such home-grown WMDs, as it were, would require a massive amount of technical knowledge and manufacturing capability that couldn’t be ‘sourced overnight’ or indeed concealed from the aforementioned authorities and international watchdogs.

However, the experts write: “Some of these risks are already materializing, others are less likely or even speculative. These technological developments must be observed closely, and possible disruptive effects must be identified – if at all possible – before they manifest into threats.”

As to the danger AI or machine learning poses, that’s in tandem with 3D printing, the combination of which could help the likes of nations with existing missile programs – like North Korea – improve manufacturing output of rocket parts, according to the report’s authors.

Naturally, 3D printing is not a weapon in itself, to state the obvious – and we should remember that it has many, many positive uses. Not the least of which, as we’ve seen recently, is potentially helping to deal with the disposal of nuclear waste. And indeed bettering your health and well-being a general level…