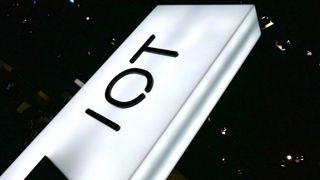 The cellular IoT market is set to hit one billion installed devices this year, new research has claimed.

Findings from market research company Berg Insight has said that the number of worldwide cellular IoT subscribers increased by 56% in the past year, hitting 647.5 million.

The report highlights the potential for the technology; it estimates that the global market for IoT devices will be 2.7 billion devices by 2022.

Much of the growth is being driven by China. The report points out that the Chinese government has set a goal to connect 600 million devices to NB-IoT networks by 2020.

According to report author, and Berg Insight senior analyst, Tobias Ryberg, “NB-IoT will essentially replace 2G technology, which accounted for the bulk of the 150 million new cellular IoT connections added in the country in 2017. In the process, the cost of 4G-based cellular IoT chipsets and modules will fall dramatically, paving the way for a similar transition worldwide”.

The next wave of IoT technology will also be driven by China, Berg predicts, noting that the growth of smart cities, smart industrial supply chains and connected consumer products will be kickstarted by Chinese investment, both public and private.

Ryberg said that a key part of this growth will be in the way that IoT capability is being added to existing products. He pointed out how the Chinese bike sharing industry has grown. In less than a year, tens of millions of connected bikes were launched into the streets of major cities, he noted, adding, “he aftermath of the bike sharing frenzy does however underline an equally important point: IoT technology adds no value without a proper business case. The long-term winners in IoT will be those who combine scale and economic benefit.”