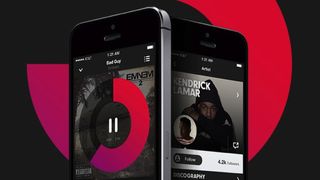 To the surprise of practically no one, Apple has announced that it will be shuttering streaming service Beats Music at the end of the month.

Beats Music was started by Dr Dre's Beats headphones company as a competitor to the likes of Spotify at the start of 2014. Not soon after though, the company was gobbled up by Apple for a cool $3bn.

The closure of the streaming service was then rendered pretty much inevitable following the launch of Apple Music back in June - which was Apple's attempt at a more integrated streaming product.

We all saw it coming

Just a couple of days ago, Apple Music finally launched on Android too, in what was something of a first for Apple on mobile.

Beats Music is officially due to end on November 30th, though Apple is encouraging any remaining users to switch over to Apple Music before then.

If you do it'll allow you to take picks and preferences over to Apple Music. Making the switch might be worthwhile too, as Apple is still offering a free three month trial. Apple Music also includes the Beats 1 streaming radio station.

Via Cult of Android