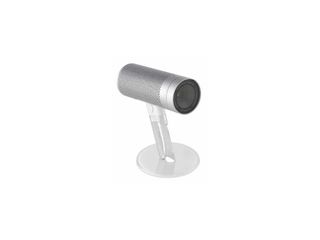 HD iSight may be released

You would be forgiven in thinking that now the 3G iPhone has been announced that Apple would be free of rumours.

But, as the tech community likes a bit of gossip, there’s more speculation surrounding its products. This time it’s the iSight that’s subject to tittle-tattle

The blogosphere is alight with talk that iSight is to get the hi-def treatment. The webcam, which was released in 2003 and discontinued in 2006, may well make a comeback as iSight HD (for obvious reasons), according to MacRumors.

And how did something like this leak out of an almost water-tight company? Well, it didn’t. Someone has taken a look at QuickTime service files and found a mention of iSight – clever stuff. In the files, they found a line that said: "Next Generation USB iSight."

If released, the webcam will go into direct competition with Logitech which has been dominating the HD webcam market since 2006.