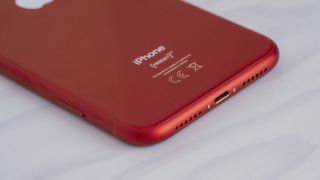 The CEO of Apple has told US President Donald Trump that tariffs planned against goods manufactured in China would have a negative impact on the company.

Devices such as the iPhone famously have ‘Designed by Apple in California, Assembled in China’ on the back, meaning the cost of the Cupertino-based company’s products would be affected if the tariffs were introduced.

Tariffs on several product ranges, including AirPods, Apple Watch and HomePod are set to come into force in September with the MacBook and iPhone set to follow later in the year, but Cook believes he presented US President Donald Trump with a “good case” that the plans were damaging.

Cook argued these tariffs would not only affect Apple’s economic contribution to the US, but would also give chief rival Samsung an advantage because it would not be subject to the same tariffs.

“I thought he made a very compelling argument, so I’m thinking about it,” Trump was quoted as saying.

In a timely reminder to the US President, Apple published new claims last week that it supported as many as 2.4 million jobs in the US and is on pace to directly contribute £350 billion to the American economy by 2023.

Across its supply chain, Apple says it deals with 9,000 supplier in the US, spending $60 billion and supporting 450,000 jobs. It says 1.9 million jobs rely on the app economy partly stimulated by the iPhone.

In addition to its financial contribution, the firm claims it pushes innovation and quality standards across the board because of its high demands.