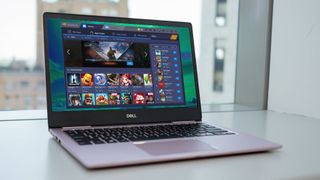 There are several reasons for emulating Android on a PC or Mac. It's often easier to test apps on a desktop than a mobile device, and for everyone else there's the appeal of being able to play mobile games on a much larger screen.

Indeed, gaming is the most common reason for emulating Android on a desktop computer, though you can also use an emulator to run any app from the Google Play Store. For example, running the Instagram app in an emulator makes it possible to upload photos from your PC or Mac desktop – something that's otherwise impossible.

With that in mind, here are the best emulators to bring Android to your desktop

A superb emulator that brings Android games to your desktop

BlueStacks App Player is perhaps the best-known Android emulator, and it's hardly surprising given its quality and reliability. BlueStacks has been designed with ease of use in mind, and looks and feels just like Android on a tablet or smartphone. There are free and paid-for versions available. The free one includes some ads and the occasional sponsored app, but these are pretty discreet.

BlueStacks is primarily about games and the interface is essentially a front end for downloading and installing them, but it's also possible to visit the Google Play Store and search for other apps.

If you want to add apps and games from other sources, you have the option of using standalone APK files. Performance is decent assuming your hardware is reasonably powerful, making this a great way to bring Android to the big screen.

Like BlueStacks App Player, Nox is a fast, slick Android emulator for PC and Mac. If you're planning to use Nox for gaming, you'll be pleased to learn that you can use your favorite gamepad, and you have the option of mapping keys or buttons to perform various Android gestures. The emulator is based on Android 4.4.2, which is rather old, but this shouldn't be a problem for most apps.

Nox gives you a stock version of Android, and while it's designed with gamers in mind, you can install other apps from the Google Play Store too. Nox is completely free, but it includes a number of great extras accessible from a vertical toolbar on the right-hand side of the window. Here you'll find screenshot and video recording shortcut, a link to a macro record, and the option to install software from APKs obtained from outside of Google Play.

An older Android emulator, but one that lets you run multiple instances

Another Android emulator designed with gaming in mind, KOPLAYER has two modes: Speed and Compatibility. It makes sense to try the Speed option first to maximize game performance, but if you run into problems, you still have Compatibility option to fall back on. KOPLAYER also has a rather neat Multi Manager tool that lets you run two or more instances of the emulator at once.

Unfortunately, KOPLAYER is a bit hit and miss, and sometimes crashes even in Compatibility mode. It hasn't been updated for a year, but if you do get it running on your hardware, you're in for a treat. Despite KOPLAYER's focus on games it can run a wide range of other apps too, and there are lots of APKs available to download from its website.

Emulate Android on your desktop, and root it to run more apps

Based on VMWare Player, AndY is an interesting – if rather huge – Android emulator; the installation weighs in at a colossal 3GB. There are a couple of optional – and probably unwanted – extras bundled in the installer, so keep an eye out and decline them.

Again, the primary idea behind AndY is to bring Android gaming to the desktop, and there's support for not only Xbox and PlayStation controllers, but also the option of using your Android phone as a gamepad. Getting the emulator up and running is rather trickier and less intuitive than the other tools featured here though, and might be enough to put some people off.

This is a shame because AndY is very impressive and it would be great to make it a little more accessible. Available for both Mac and Windows, it also gives you the option of rooting your virtual Android device to run more software.

Easily install Android apps from outside the Google Play Store

It's one of the newer Android emulators on the block, but MEmu has managed to make quite a name for itself – and with good reason. Given that its full name is MEmu Play, it should come as no surprise that – once again – the focus here is on gaming. To get the best performance, it is recommended that you enable virtualization for your CPU. With support for Intel and AMD chips, as well as integrated and dedicated graphics, support levels are very good here.

There's a wealth of keyboard mapping options to enhance your gaming, and you have the option of installing software through the Google Play Store, or by dragging and dropping APKs on to the program window.

As with Nox, there's a vertical menu that provides access to a range of additional features, and the only real downside to MEmu is that it's based on the rather elderly Android 5.1.1