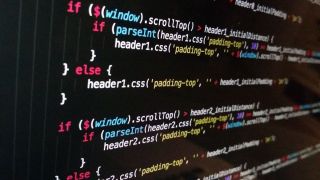 The way we define an “application” has changed dramatically over the last decade. With the advent of cloud computing, Big Data research projects, drug discovery, transactional systems that use Bitcoin and other alternative currencies, and a vast array of services impossible to count, there’s become a great need to track what is actually happening within an app.

A modern application consists of microservices that are constantly in operation. Think of a gaming app like Fortnite with millions of users. The game is not just constantly tracking the location of every player and item, each resulting in a “user request” to track that data, but it also has to manage and analyze transactional data like items a gamer has purchased, their account information such as credit card, date of birth, and email, and do this all without any hiccups.

Another example of this is when there’s a massive transactional database used to operate an e-commerce site such as Amazon.com, or when a cable provider such as Comcast needs to keep track of user requests within its web applications. Every microservice runs in the background of modern apps unbeknownst to the end-user (and sometimes the developers themselves). Only with modern tools to analyze applications and the related microservices can any company possibly develop and deliver a reliable, high-performing app.

AWS X-Ray is a service that can help keep track of applications and user requests within those apps. It’s a debugging tool that works with AWS for production-level apps and those that are in a build and test phase. It’s designed to trace microservice user requests and works with all of the Amazon services you would expect, such as Amazon EC2 (Elastic Compute Cloud), Amazon EC2 Container Service (Amazon ECS), AWS Lambda, and AWS Elastic Beanstalk.

The best way to understand X-Ray is to walk through a typical scenario of how it all works and what it does to help companies track and debug applications in the cloud.

X-Ray starts by monitoring the user requests within an application that run within a serverless environment. X-Ray collects these as they pay through the application, and can be beneficial for those with one or two applications running a transactional system for an e-commerce site or for hundreds of apps running a vast Big Data project meant to develop a new material used for a new type of product. The point of using AWS X-Ray is that it can work in the background to detect errors, latency issues, and other faults that can slow down apps.

Next, X-Ray then analyzes and records these requests, combining them into what is called a trace. A trace is a collection of user requests between the service and the resources available. Developers can use the traces in a service map that shows latencies within business apps. The last stage in using AWS X-Ray is to then analyze the traces to see where any problems might be occurring and to resolve latency issues that result from the user requests. Once developers determine the causes of the disruptions they can then work to resolve the latency issues.

One of the key benefits to using AWS X-Ray is that developers have the ability to analyze and resolve latency issues in high-performing apps, including e-commerce sites, gaming apps, Big Data research projects, and everything in between. Developers can see a service map that lays it all in vivid detail, allowing them to root out problems that cause bottlenecks within the app.

This leads to better-performing apps, and the ancillary benefit to companies trying to stay competitive is that the apps run faster, smoother, and without as many faults. X-Ray also fits right within the app framework you are already using, such as Amazon EC2.

X-Ray is also flexible enough to work with just about any cloud-based app, including those with only a few user requests but a great need for low-latency, or for those who run web apps that generate thousands of user requests and need to make sure there is smooth performance. Regardless of the breadth and depth of the app, developers can still see where latencies occur and work to resolve them. All of this occurs in real-time as the app is running.

It’s also designed to work for apps in a build stage, helping developers experiment and design the app to see where latencies occur. Then, they can use X-Ray for testing the app before it hits production, helping them root out latency issues before end-users have access. Once an app hits production, developers can continue to see service maps and resolve problems. X-Ray helps after you release apps because you can implement new features, fix bugs, and deal with any endpoint security issues but still monitor and resolve bottlenecks that occur.