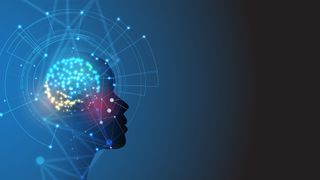 Along with being the e-commerce backbone for thousands of companies around the world, Salesforce is also one of the world's largest investors in AI research, pouring billions into breakthroughs that aim to benefit customers.

The company’s recent Dreamforce 2019 event, which attracted around 170,000 visitors to descend upon San Francisco, saw Salesforce show off upgrades and new features for many of its most popular offerings, but under the surface, the company is hard at work on something potentially much more exciting.

Whether that’s helping wildlife conservation, improving customer service through super-smart bots, or just stopping the human race from wiping itself out, Salesforce AI looks set to become a huge presence in the supper-smart conencted world of tomorrow.

Salesforce found that three years ago, only 1 in 3 businesses were using AI, a number which now up to nearly half.

“The message is, if you're not using AI, it's time to get started,” Marco Casalaina, VP Products of Salesforce Einstein, said in his keynote at the show. Einstein is Salesforce’s up-and-coming AI platform, aiming to help businesses of all sizes get the most out of AI to hopefully grow and prosper.

At the heart of Einstein is a long-standing Salesforce goal of helping companies, whether they be a fast-growing start-up or multi-national business behemoth, communicate better with their customers using AI.

But AI itself is in a complicated place, Richard Socher, Salesforce’s chief scientist, told TechRadar Pro when we spoke at Dreamforce 2019.

Socher sees AI as being in a “dual state” currently, with the first part being what he calls the ‘electricity state’.

“Just like when electricity was invented, the fundamental breakthroughs (of AI) are there now,” he says, “now it is just a matter of, OK, how do we get all the lines connected to everything?”

“Not every company that uses electricity needs to reinvent electricity, you just use it as is,” he adds, noting that every industry can benefit from AI, as long as they have the necessary layers of innovation in place, with large data sets and compute power needed to utilise AI properly.

Salesforce is "uniquely positioned" to help customers, Socher says, as its platform means users have the backing of the data already in its cloud, providing the compute power is also in place.

The other side of AI is what Socher calls the “Sci-Fi state”, where the possibilities are stretched a bit further. This is the future of intelligent technology, as Socher notes that we still don’t have what he labels AGI, or artificial general intelligence, which would provide the backbone for fully self-driving cars, or in-depth health technology.

This is the future Salesforce is gunning for, however, and the company is working hard at making advances towards this position.

“The future of AI is conversational,” Socher notes, highlighting the work Salesforce is doing with naturalistic conversations. Being able to translate natural language into SQL queries will enable huge steps forward in AI in areas such as customer service, allowing bots to staff support phone or online help systems, meaning companies will not be hamstrung by only being open for a few hours every day.

However Socher doesn’t see AI as fully replacing human workers in many capacities, claiming that making life better is the main goal here.

“I think in general, most tasks in the next couple of decades...and most repetitive jobs are going to be automated to larger and larger things,” he predicts.

“AI will never replace people fully - there are very few cases I think you can think of where AI will replace an entire job category or automated entire industry - in most cases they will sort of layer on top.”

The company is also clear on using AI as a force for good, with Socher noting that, “If you want AI to do good, (you need to) work on positive applications for it!”

Although no-one can predict the future, he says that many concerns around AI can hopefully be mitigated by further research and planning, meaning the technology can be used to benefit humanity as a whole.

“We need to be a little more humble with what we're able to do now, in time for the future,” he notes.

It’s clear to see that Socher and his team have a supreme passion for AI, and what it can do for the entire Salesforce ecosystem.

“I really enjoy building a platform that empowers all the different clouds and on our end, and our customers also to build these AI systems," Socher says.

“We have multiple tasks and multiple goals we want to achieve...we're working on incubating and having a better platform that can support all the other use cases in the company.”

But as Socher, and Salesforce as a whole, looks to the future of the company, he is positive about the possibilities AI can bring to the world.

“In some ways, I love AI because it covers a whole spectrum - a sort of philosophy, like what makes us intelligence as a human species, how we define ourselves as is largely through our intelligence compared to other animals and so on,” he says.

“I think that if we as a community focus on making the technology work for people, it'll be a huge net positive for humanity...even though there might be short term complexities and difficulties, I’m very optimistic for the future.”