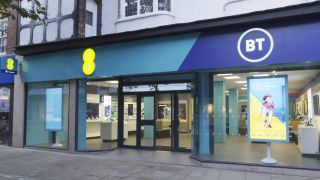 BT’s third quarter results included lower-than-expected revenues and one of the first tangible examples of how the government’s cap on the use of Huawei equipment will affect the rollout of 5G in the UK.

The company is embarking on major deployments of 5G and full fibre infrastructure, with the former now live in 50 locations across the UK and the latter reaching 2.2 million premises.

However third quarter revenues fell by three per cent to £5.8 billion, thanks to a 2 per cent dip in consumer revenue to £2.7 billion and the ongoing contraction of the company’s enterprise and global divisions.

These figures contributed to a two percent fall in nine-month revenues to £17.3 billion as net profits remained stable at £1.9 billion.

CEO Philip Jansen admitted the results were below expectations but said the company was on track to meet its full year targets, citing positive regulatory developments and investments in network and customer service.

Jansen also welcomed the certainty provided by the government’s decision to allow Huawei to play a role in the UK’s 5G infrastructure, but did admit that that the imposition of a 35 per cent cap on ‘High Risk Vendors’ would pose some challenges. There are also restrictions on the use of full fibre kit too.

The cap applies to both network traffic levels and mast inventory and means operators will have to use a mix of suppliers.

The government’s guidance also formally bans the use of Huawei gear in the “sensitive parts” of mobile networks, but EE – along with other operators – had no plans to use the Chinese vendor’s products in the core layer of its infrastructure. Indeed, BT said it would remove all Huawei equipment from EE’s core network following its takeover back in 2016.

"The security of our network is paramount for BT. We therefore welcome and are supportive of the clarity provided by Government around the use of certain vendors in networks across the UK and agree that the priority should be the security of the UK’s communications infrastructure,” he said.

“We are in the process of reviewing the guidance in detail to determine the full impact on our plans and at this time estimate an impact of around £500 million over the next 5 years.”