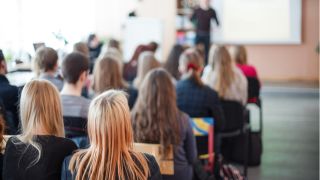 Microsoft has cast a look into the future of education as it looks to prepare the classrooms of tomorrow with the technology they need to thrive.

The computing giant has revealed new research at BETT 2020 today that examines just what the teachers of 2030 will require in terms of technological needs.

With millennials and Generation Z set to make up a significant proportion of the teaching workforce by 2030, the needs of students and teachers alike are set to change, and Microsoft wants to be in pole position.

Microsoft’s study surveyed over a thousand new and early-career teachers around the world in an attempt to work out their needs, but also looked to drill into just what technology can do for the educators of tomorrow.

The company found that technology is set to play an increasingly vital role in the classroom of the future, both in terms of enabling learning but also enriching the student and teacher experiences.

The study found that the largest benefits of education technology were seen as allowing more engaging learning experiences (chosen by 36 percent of the participants), enabling self-directed learning (31 percent) and preparing students for the tech-centric job market (30 percent).

However there were also some concerns surrounding the use of technology in the classroom, with 36 percent of respondents saying they feared it could lead to a loss of traditional skills and knowledge, such as handwriting. 34 percent were worried that students already spent too much time on devices already, and 28 percent said that the technology could be too distracting.

A lack of proper tools was named as the top barrier to achieving positive education outcomes through technology, with inadequate training for teachers on the technology they would be using, and inadequate technical support also ranking highly.