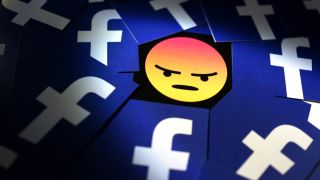 Windows 10 users will soon only have one option when it comes to checking Facebook – namely their browser of choice – because the dedicated app for the social media service is being shut down at the end of February.

As spotted by MSPowerUser, a Facebook user received an email from the social network informing them that the Windows app will be discontinued on February 28.

The message reads: “Since you use Facebook for Windows desktop app, we wanted to make sure you’re aware this app will stop working on Friday, February 28, 2020. You can still access all of your friends and favorite Facebook features by logging in through your browser at www.facebook.com.

“For the best experience, make sure you’re using the most current version of our supported browsers including the new Microsoft Edge.”

Note the little push for Microsoft’s revamped Edge browser at the end, there, as well.

It’s not a huge surprise that Facebook has decided to shutter the Windows 10 app, given that we’re guessing there weren’t a huge amount of users anyway, and the application wasn’t updated regularly or particularly well-maintained.

Indeed, if you go by the Microsoft Store reviews of the application, the words ‘awful’ and ‘buggy’ crop up a lot, as do complaints about freezing, functions not working, and not being able to log in or even get it going.

We’ve never used it – and we suspect that’s the case for many people – but it seems like the app is pretty shaky for many folks, to say the least.

The demise of the Facebook app means that another big service doesn’t have an application in the Microsoft Store, though, and obviously that isn’t a helpful development for the software giant, or the perception of the store.

Note that there is still a Messenger app for Windows 10, which was recently revamped with a new Electron-based version.