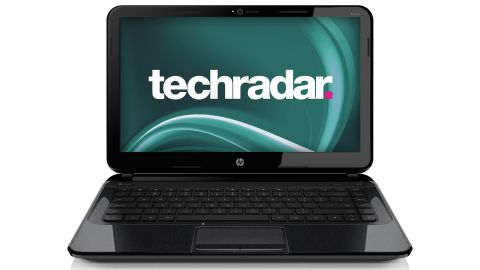 The HP Pavilion 14 Chromebook is fast and cheap

Try to sell most of us a laptop that can't run normal programs, never mind traditional operating systems such as Windows 8 or OS X, and instead only runs a web browser - forcing you to do everything online - and we'd hesitate.

ut that's precisely what a Chromebook like the HP Pavilion 14 Chromebook is; a laptop that boots into the lightweight operating system Chrome OS, where all you can do is launch Google's Chrome web browser.

It might sound like a product that nobody in their right mind would buy, but there are two reasons why it's not as clear cut as that. The first is that we've actually come to quite like Chromebooks here at TechRadar, and not just because they're cheap - we'll come to why shortly.

The other reason, though, is that what started as a tiny dribble of models and manufacturers has turned if not into a torrent then into a steady trickle. Of course just because we're seeing an increasing number of Chromebooks hit the market it doesn't mean they must be successful, but PC manufacturers wouldn't bother making and marketing Chromebooks if they didn't think there was at least a potential market.

Four Chromebooks compared to the many hundreds of Windows laptops or even the nearly dozen basic Apple MacBooks doesn't sound like much, but it still feels like a sector that's getting to be cautiously optimistic.

If you decide you want to buy a Chromebook or you just want a reliable, genuinely usable laptop with a price tag of just £249 / AU$399 / US$329.99, the HP Pavilion 14 Chromebook distinguishes itself from the other models with a bigger, 14-inch screen.

Chrome OS won't suit everyone. It may not even suit most people yet, but it's true that it's constantly evolving, and so are our computing habits and needs. So while you can't currently do video editing, professional photography editing or coding on a Chromebook - although online services are springing up that at least begin to address these demands - many of us would cope fine with just a web browser.

Think about what you do on a traditional PC, for example, and there's a good chance either that you do essentially everything through a browser anyway - Facebook, Twitter, YouTube, webmail - or that those things that you currently do with regular apps such as Word and Excel could be replaced with web services such as Google Docs.

You might think, that's all very well, but if these are all web apps, I have to be online to use them, and since the Pavilion 14 doesn't have a SIM card slot for 3G mobile browsing, it's just a useless door-stop when I can't get Wi-Fi access. But as we'll see, that's not quite the case.

Let's start, though, with the specs. Now, specs with a Chromebook mean a little less than they do with normal laptops, so we can't just put a Chromebook next to a laptop from Lenovo, Asus, Dell or even HP and say that because it has a weaker processor, less storage, a lower-res screen and fewer, lower-specced ports that it's worse.

That's because, since Chrome OS is a lightweight operating system whose only job is to run a browser - albeit a fast, capable browser with support for complex HTML 5 and Flash - the hardware needs comparatively little oomph to do its job well.

The HP Pavilion 14 Chromebook has an Intel Celeron 847 processor running at 1.1GHz at its heart, and the 14-c002sa model we tested had 4GB of RAM.

Storage is courtesy of a 16GB SSD, which we think is the right choice; the 320GB hard disk in the Acer C7 is a bit redundant in a computer that's designed to be a thin client to web services, and because hard disks are slower than solid-state drives, all it did was slow the overall responsiveness of the machine down.

Put together, nothing about these core specs suggest anything other than pedestrian performance, but in fact they're more than sufficient for a Chromebook. The HP Pavilion 14 Chromebook feels slick and fast and responsive, and it coped well with everything we threw at it.

There are three USB 2.0 ports - no, no USB 3.0, but that's totally fine, since a Chromebook would have no real use for a faster connection, at least in its current incarnation - and an HDMI port, which is extra useful now that Chrome OS supports extended desktop view as well as mirroring on an external monitor.

Weighing 1.8kg (4lbs), it's not ultrabook-light, but it's not going to break your back when slung in a laptop bag.

One thing that's flat-out bad on the HP Pavilion 14 Chromebook, though, is the battery. The battery takes up just a sliver of this 14-inch laptop's spacious body.

When battery life is so poor as it is here - giving somewhere between three and four hours of solid use, or perhaps a little more if you're lucky - and space in the chassis isn't at a premium as it would be with an ultrabook or a netbook, we can't help but feel cheated when HP has stuck a meagre 4-cell Li-Ion battery in.