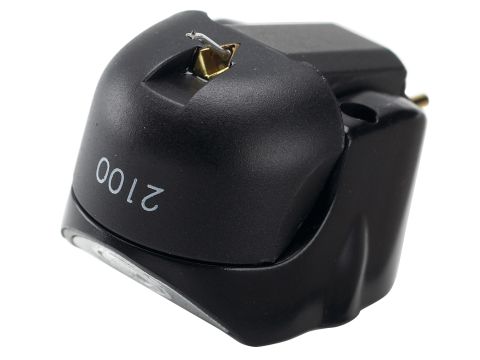 There are five models in the new range, of which this is the cheapest

Decent but not outstanding sonically, with less insight than we might have wished for, but nothing shameful at this price

Goldring points out with justifiable pride that its background in home audio goes back a full century, to the days before electronic amplification.

To the cynical observer, it might seem that the company's phono-cartridge designs date back very nearly as far (of course, 'if it ain't broke...' and all that). But what's this? An all-new phono-cartridge range for the 21st century?

There are five models, of which this is the cheapest, varying in both the stylus type and the generator specifications.

Basically, of course, the specifications are the same as those of most other moving-magnet cartridges, and the mass, size, mounting holes, electrical connections and output level will suit the vast majority of LP players, arms and (phono) amplifiers in the world today. Goldring has sensibly included threaded holes in the cartridge, making mounting simpler and safer than with bolts and nuts.

We'll be interested to try the dearer models in due course, as while this one doesn't entirely blow us away, its performance still bodes well for the rest of the range.

The sound is a touch coarse and 'heavy', with a slight lack of get-up-and-go, but then again, it doesn't suffer from the spit and persistent annoying brightness you get with some budget cartridges.

What's more, it has a very good bass and, in fact, a nicely neutral midrange too, and there's no question that it's a good first upgrade if your current LP-spinner features something of the 'giveaway' persuasion.