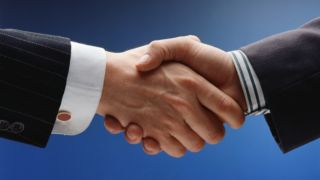 Businesses are prioritising growth in 2014

Businesses are making growth a priority in 2014, according to a new report by Gartner. The research suggests that we are currently in a "risk-on" period, in which CEOs are prepared to invest in longer-term growth.

The Gartner CEO and Senior Executive Survey 2014 found that CEOs believe they have greater levels of control over business matters than they have in recent years.

Coupled with an improving economy, this was the major factor in targeting growth as a priority. The survey also found that ongoing changes to regulation remained an important factor in business thinking.

"In 2014 growth almost equals the sum of the next three issues on the list of top strategic business priorities," said Mark Raskino, vice president and Gartner Fellow. "The next step will be for CEOs and CIOs to work together to match the use of modern technologies to the specific kind of growth that the business is trying to win."

Raskino also offered some advice for CEOs looking to invest in technology. "Make the tough choices," he said. "Be prepared to cut back in areas that represent the old pre-digital ways of doing business. But maintain a coherent and integrated view of the investment being made. Don't allow too much fragmentation across sales, marketing, digital, IT and other budgets to obscure the view and reduce directional control."