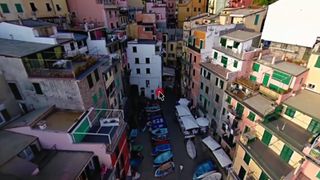 The Facebook creator also introduced spherical videos that will soon begin appearing on your News Feed.

Users can see all around in the space in which the videos were taken, essentially controlling where their view is pointing at any given moment.

This type of interactive video is not new by any stretch, but it is new to Facebook.

With reportedly 3 billion videos viewed on Facebook every day - an absurdly large number, if accurate - Zuckerberg said he expects videos to keep growing and eventually become the main way people communicate on Facebook.