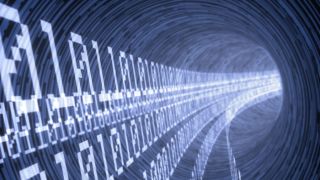 The rise in file services such as torrenting has let to a major upswing in the amount of online data being, new research has found.

When the first Global Internet Phenomena Report was released back in 2011, file sharing was quite popular on fixed networks and almost unheard of on mobile.

However, just four years later in 2015, these numbers fell significantly with the Americas at 26.83 per cent on upstream and Europe at 21.08 per cent. Traffic volume though grew steadily as more consumers turned to video streaming for their content and used the Internet for social sharing, OTT messaging and gaming.

The latest edition of the Phenomena report revealed that outside of the Americas this trend appears to be reversing.

Torrenting back on the rise

There are several reasons why file sharing is making a comeback now after being on the decline for several years.

The rise in “exclusive” content such as HBO's Game of Thrones or Netflix's House of Cards has made things quite expensive for consumers who wish to access all of these services. This is why many of them subscribe to one or two streaming services and then pirate content from those they cannot afford.

At the same time, many of these streaming services are based in the US and do not have international distribution which leads consumers to download these programs because they have no access to the content.

Worldwide premiere times also play a factor in the recent increase in file sharing. For example if an episode of Game of Thrones does not premiere at exactly the same time worldwide, consumers will download it the minute it becomes available.

If streaming services wish to stop file sharing from gaining further popularity, these issues must first be addressed.