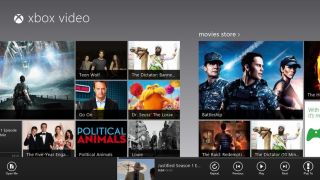 Microsoft is continuing on its intergalactic quest for original content for Xbox. That is, if there's any truth to word that it's bagged rights to reboot late-70s BBC sci-fi series Blake's 7 - nabbing it from SyFy, which was originally set to back it.

Maybe Steve Ballmer has spotted a perfect break into acting. Maybe it's not even happening. No one's offering confirmation just yet, but the plot for the SyFy version went as follows:

"The year is 2136, Blake wakes up on one side of the bed. He reaches for the other side. There's nobody there. As reality sets in, this handsome ex-soldier sits up, and looks at a photo of his wife Rachel. Beautiful. Deceased."

Don't expect a laughter track on this one.

More Blips for your viewing pleasure. Soak it all in, people.