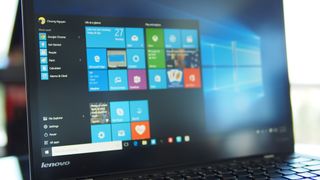 Microsoft has just made it even harder to use pirated games and unauthorized hardware in conjunction with Windows 10.

A clause in the services agreement, Section 7b to be precise, states that Windows 10 users have to allow Microsoft to automatically check for counterfeited software, however, it falls short of proposing any punishment for breaking the rules, according to Alphr.

"We may automatically check your version of the software and download software updates or configuration changes, including those that prevent you from accessing the Services, playing counterfeit games, or using unauthorised hardware peripheral devices," reads the agreement.

It means Microsoft can automatically detect when counterfeit versions of Office, Adobe Creative Suite and others are being used before disabling them. It would also seem that hacked hardware can also be blocked by Windows 10.

Get rid of pirate games now!

The agreement covers various different versions of Windows 10 including those used on PCs, smartphones, the Xbox 360 and Xbox One. Therefore, now is the time to start hiding your pirate games and software before Microsoft takes them away!

Prospective Windows 10 users can, of course, upgrade to the new OS on any qualifying machine even if it once had a pirated version of Windows 7 or Windows 8 on it although you do have to pay for the privilege.