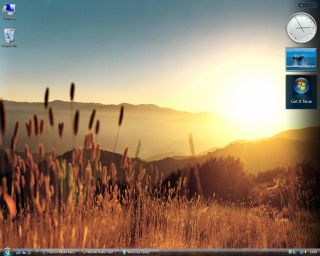 Vista hasn't been a shining light for some buyers, who'd prefer to stick with Windows XP

A consumer association has recommended that retailers should still stock PCs with Windows XP and that customers should ask for them. The stance of the Dutch Consumers' Association, Consumentenbond, has even been assisted by Microsoft. The company has now launched an official program to help some business purchasers downgrade new laptops from Windows Vista to Windows XP - but not consumers.

As well as recommending that consumers be included in this deal, Consumentenbond has also called on stores to give consumers copies of XP when they are having problems with Windows Vista. The organisation met with Microsoft after it set up a centre collecting complaints about Microsoft's new OS.

In less than five weeks 5,000 users filed complaints, according to Expatica.com. "The product has many teething problems, it is just not ready," a spokesperson for the association told the site. System crashes and peripheral problems were among the most common complaints.