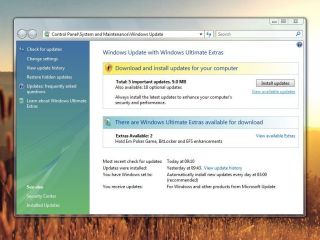 Has Microsoft been foisting updates on users without permission?

Microsoft has been patching Windows installations without permission. That's the allegation being levelled against the corporation by an unofficial blog. According to Windows Secrets, Windows Update has started altering files on systems.

The changes, it says, seem to be constrained to nine small files on both XP and Vista, even if the PC has Automatic Updates disabled.

Microsoft has been accused of doing this before. Earlier in the year, users reported changes to svchost.exe.

In a forum post on the Microsoft website, user Dean-Dean names several files that have been changed in the operating system. The process changes several WindowsSystem32 executables with the extensions .exe, .dll, and .cpl.

Microsoft has yet to fully comment on the allegations.