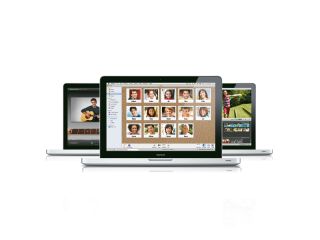 Hands-on preview: By far the most exciting announcement during Phil Schiller's Keynote address at the 2009 Macworld Expo & Conference in January was the new '09 version of iLife.

While it's not been the most equally balanced of updates we've seen in the suite's long history (with some iLife apps getting major enhancements and others remaining relatively untouched), it once again pushes the boundaries of what's possible on your Mac.

In the '09 edition, iPhoto and iMovie both get the lion's share of the cool new features. GarageBand, meanwhile, comes in a close second and iWeb gets a small, but necessary, enhancement. iDVD however remains unchanged, which is perhaps indicative of the way everyone is moving towards online services, such as MobileMe, as a better way to share their creations.

The final version of iLife '09 was due for release at the end of the month, but we hunkered down and spent a good couple of hours on the Apple stand, where we could get hands-on with an almost complete preview version.

You can expect our full review next month once we've had longer to test the product, but for now let's start with a look at the new version of iPhoto…

iPhoto '09 introduces two new additions, called Faces and Places, which help you organise and search for your photos. These join Photos and Events in the Library section on the left of the main screen.

Faces uses face-detection technology to identify people in your photos, and then goes through your photo library organising all the shots containing the selected faces into albums.

The Faces albums don't move the actual photos, which remain in whatever album they lived in before, so they function effectively as smart albums.

As you'd expect from Apple, Faces is extremely easy to use. Simply find a good photo of somebody in your library, say it's somebody called Amy, and click on the Name button in the toolbar at the bottom of the screen. iPhoto will place a square around every face it recognises in the photo and invite you to enter their name.

You type in 'Amy' under her face, and now when you click on Faces a smart album called Amy can be seen.

Inside Amy's smart album you'll see photos from your whole iPhoto library that iPhoto thinks are also of Amy. To help iPhoto get accurate you can confirm whether the first few photos are correct or incorrect. This can lead to more matches appearing straight away.

Click Done and iPhoto goes through your entire photo library looking for photos that it thinks are Amy. Of course, you can remove incorrect matches manually. The keen-eyed observer will have noticed that during Phil's keynote he demoed Faces using well-taken shots of people looking directly at the camera. Our first thought was that it probably wouldn't work so flawlessly with our own, slightly worse, pictures!

To get a feel for how well Faces would work on 'normal' photos we found a few pictures of a skater in the iPhoto library, on the iMac we had access to, and tried it on him. He wasn't looking directly at the camera in any of the shots, and also wore a helmet. Unfortunately, Faces failed to work at all on him.

Just for fun we also decided to experiment with a picture of a dog with similar results, so don't expect to be able to start cataloguing your pets any time soon. So, at this point we expect Faces to only work well on photos of people looking at the camera.

Places is a feature that makes use of the geotagging information included in many photos these days. You can add location information to your photos, but to get the most out of Places you need a camera that includes a GPS chip, like the Nikon D3 or the iPhone 3G, that automatically puts the GPS location details into your photos.