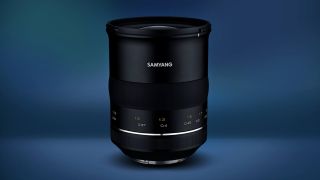 Samyang says its new optic is able to work with sensors up to 50MP and higher, and for 8K video capture, so it's future-proofed for the increasingly high-resolution sensors we're seeing in high-end DSLRs and mirrorless cameras.

The optical design of the XP 35mm f/1.2 comprises 12 elements in 10 groups, with the lens engineered to maximize resolution and control chromatic aberrations. There's also a special aspherical lens, a high refractive lens, and extra refractive index lens, which combine to deliver what Samyang says are clean and "exuberant" images.