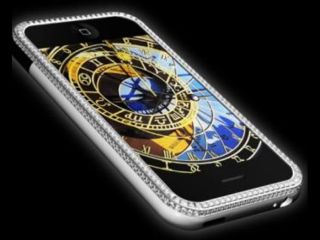 More App Store downloads than ever but iPhone sales are down

Apple announced today that its iPhone App Store had passed the 500 million download mark - although it's not clear how many were paid for, and how many free.

The App Store launched just six months ago and only passed 100 million downloads in September and 300 in December, suggesting that users are installing an increasing number of applications.

With 13 million iPhones in the market worldwide, that's an astonishing 38 downloads per device. It could even be argued that users are downloaded so many apps because they're unhappy with the ones they've got.

UBS analysts quoted by AppleInsider predict that handset sales were down during the peak holiday sales season to under 5 million units, citing weaker demand in Europe.

They speculate that larger orders in early 2009 (7 million each for the first two quarters) mean the release of a 4GB iPhone at a much lower price-point - possibly even the Walmart $99 (£67) device touted pre-Christmas.