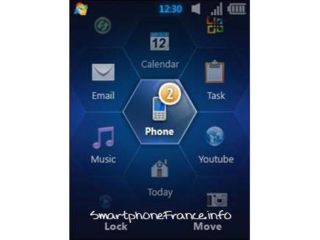 Microsoft is all set to announce a new syncing service at the Mobile World Congress this year, with SkyBox set to rival the likes of MobileMe as a cloud-based system.

This gives users the ability to back up their Windows Mobile devices over the air, meaning they can backup, restore, and manage phone contacts and data on the fly.

In fact, and in quite a departure for Microsoft, the service could also be rolled out to non-Windows Mobile devices, although it's unlikely this will extend to the likes of the iPhone.

Other services set to be announced at the Mobile World Congress include SkyLine, which will be aimed at helping users and small business owners to set up their Exchange servers with their own domain names.

And those of you that remember Microsoft's efforts to replicate the success of Apple's App Store won't be surprised to find out that SkyMarket is finally coming to fruition, but only for WM devices.

Of course, there's always the rumour that Windows 6.5 is going to make its debut as well, and if we were betting folk we'd say it's pretty likely, so watch this space as TechRadar reports from the MWC this year.