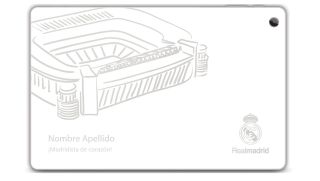 Barcelona won the Spanish football league not so long ago and Microsoft decided to launch a Windows tablet for their arch-rivals instead, Real Madrid.

The tablet, which is neither a Surface 3 or a Surface Pro 3, can be customised with a number of designs and it even comes with a detachable physical keyboard, one which has some travel.

Fairly close to what the Surface 3 provides but without the price tag. You also get a year's worth of Office 365 with 1TB of online OneDrive storage and an exclusive Real Madrid app.