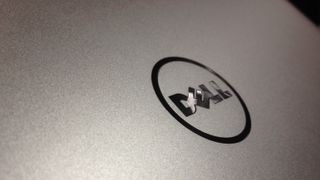 Dell has become the first PC manufacturer to align itself with one of the three wireless charging standard groups, in a move that could herald the first laptops that can be replenished without a wall adaptor.

The company, which recently became a private entity again, has saddled up with the Alliance for Wireless Power (A4WP) and has vowed to bring wireless charging beyond smartphones and other mobile devices.

The Alliance, which, tellingly, also snared Intel as a member last year, has unveiled a new initiative which will allow devices between 20-50W to be wirelessly charged by its over-the-air, dock-free Rezence tech.

That wattage should allow higher-powered consumer laptops, including Ultrabooks, to get in on the wireless charging action and, eventually, allow users to leave those cumbersome adaptors at home.

"We are excited to work with other industry leaders in the A4WP to deliver on the promise of easy, flexible wireless charging across an array of mobile devices including smartphones, tablets and laptops," said Glen Robson, Dell's chief technology officer.

For those unfamiliar with the Rezence tech, the A4WP says it "is uniquely capable of charging multiple devices simultaneously and without the need to dock the device. Power levels and charging speed will meet the expectations of today's "always on, always connected" user."

The A4WP, which also boasts LG, Samsung, HTC, Qualcomm, Panasonic and some 70-odd other companies within its ranks, is vying with Qi and the Power Matters Alliance (PMA) to become the industry standard for wireless charging

With preliminary talks underway with the PMA to merge the two standards and with a big PC manufacturer like Dell on board to serve higher-powered devices, the A4WP could be onto a winner.