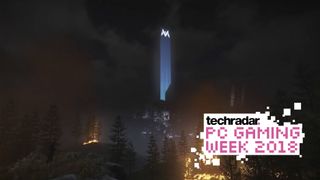 If you’re a fan of Player Unknown’s Battlegrounds but just feel like it could use quadruple the player count, Mavericks: Proving Grounds might just be the game for you.

At E3 2018, the game’s developer, Automaton, announced it will kick off a beta of its 400 player last-man-standing games on August 18, 2018. Better yet, if you sign up for the free beta before Sunday, June 17th you’ll also receive an exclusive E3 content pack full of special cosmetic items.

First announced at the PC Gamer Weekender in February, Proving Grounds isn’t just a PUBG clone. In 2019, the game will widen up into an open-world MMO-shooter game that can support up to 1,000 players.

From the looks of the trailer, it seems Proving Grounds will have a more dynamic map that includes everything from muddy plains to flaming ruins and many more interesting environments with dynamic water and other details.