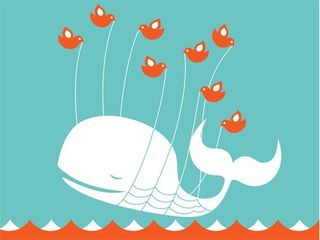 Whale will I, will I be famous?

Twitter is being sued by a company that claims that it came up with the idea of creating an interactive virtual community of famous people.

With thousands following Rio's daily school run or Ashton Kucher's relationship with Demi Moore, the appeal of tweets from the rich and famous is clear.

But VS Technologies has apparently launched a lawsuit, claiming that it came up with the idea of famous people communicating online first.

"As it pertains to this lawsuit, very generally speaking, the '309 Patent discloses methods and systems for creating interactive, virtual communities of people in various fields of endeavor wherein each community member has an interactive, personal profile containing information about that member," says the complaint.

The company claims that its US patent number 6,408,309 is being compromised by famous people on Twitter.

Lawsuits of this nature are not rare in the US, but it remains to be seen if the court upholds the complaint.

VS Technologies is seeking compensation, so we'll keep an eye on whether the courts decide that this is a valid claim or patent trolling.

In the meantime, you can follow @techradar, safe in the knowledge that we aren't classed as famous people and therefore you won't get anyone into trouble.