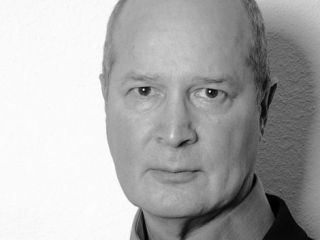 Google knows that it is being hosed and it isn't happy

When you're being chased out of town it can be face-saving to grab a flag and say that you're leading a parade.

Google's conversion from acquiescent nose-holder to aggrieved human rights defender hasn't been equalled since Saint Paul found Jesus on the road to Damascus.

I almost got weepy when I read the news about Google, then I put down my crack pipe.

"In mid-December, we detected a highly sophisticated and targeted attack on our corporate infrastructure originating from China that resulted in the theft of intellectual property from Google," stated paragraph one of Google's bombshell posting.

There were also mentions of email hacking and censorship. A clever - if not risible - bait and switch to reposition the story. Forget that Google was haxored and its IP stolen.

Actually, forget that Chinese privateers have been aggressively targeting Western technology firms. When your network security sucks and your brand is taking a beating, it's time to talk about human rights.

Clearly, Google has thought this through. It knows that China will not un-censor the internet; not by a single pubic hair, nor a solitary mention of the Dalai Lama. So why would Google throw down the gauntlet?

Possibly to refurbish its international brand. Possibly because doing business in China is a pain in the nads. Or possibly, it's just an awkward attempt to apologize. I'm betting on the first two options.

Google's "Don't be evil" slogan has taken a drubbing in recent years. It's an inelegant if not epistemologically challenging caveat. But it's Google's corporate cornerstone. And it's not doing so well.

By dialling up human rights Google has bitch-slapped Microsoft; appeased its critics; and relieved its bladder on Baidu. Yet more importantly, Google has sent a not so subtle, "Kiss my ass" message to Peking.

The subtext of this whole kerfuffle is intellectual property theft. Google can't literally prove that the Chinese government has stolen its wares. It doesn't really care. Google just knows that it is being hosed and it isn't happy. Other companies are coming to the same conclusion.

It is not controversial to say that China has been strip-mining advanced Western technology for years. And if you want to do business with the PRC you must provide detailed specifications and hire Chinese engineers. Data-rape is just a cost of doing business with the Middle Kingdom.

But at what cost?

Western tech firms lobbied hard for China to be granted Most Favored Nation (MFN) trade status during the Clinton administration. They were in fact the architects and suppliers of China's Great Firewall, something Google would love everyone to forget. At this point all of the Cisco routers could be replaced by Huawei and the operation wouldn't skip a beat.

The Chinese have even become adept at desktop filtering. In fact, they've plundered so much and repurposed to quickly that they're now ready to export surveillance technology to the rest of the world. That and deliberately undervalued Chinese currency makes it hard for anyone else to compete.

Google won't exactly be losing a lot of dough by pulling out of China. But by putting some distance between itself and the PRC it will at least mitigate some of the intellectual property theft.

However, there will never be an end to it. China's greatest contribution to technical innovation is corporate espionage, from outright hacking to social engineering. In future, Google will be paying a lot of attention to cybersecurity. Everyone should.

Oxblood Ruffin is a Canadian writer and human rights activist based in Munich, Germany. He is a member of the Cult of the Dead Cow hacking collective, and Executive Director of Hacktivismo, an international group of hackers that develops circumvention technologies for users living behind national firewalls. Oxblood is a founding member of the Dharamsala Information Technology Group in Dharamsala, India, and has spoken at the University of Oregon, Yale, and Harvard law schools on cybercrime and free speech issues. Follow Oxblood on Twitter at twitter.com/oxbloodruffin